Finger Names: What are Fingers Called? 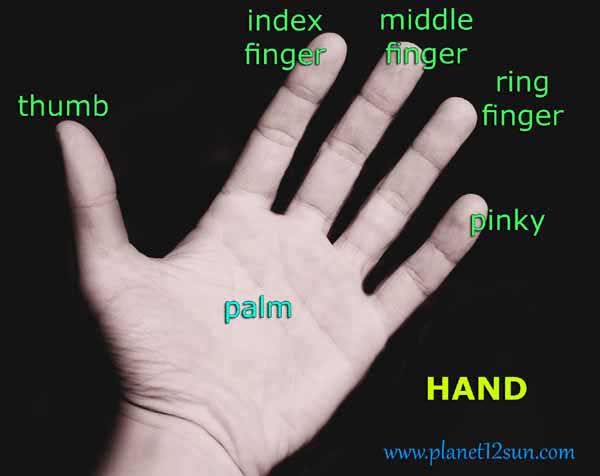 The five fingers of a typical human hand are the thumb, index finger, middle finger, ring finger and little finger. The little finger is often referred to as the pinky, pinkie (in Scottish English), or baby finger.

Most people have five fingers on each hand and five toes on each foot. Some people, however, have more or fewer than five due to congenital disorders such as polydactyly or oligodactyly, or accidental or medical amputations.

Humans have opposable thumbs. They can rotate in all directions and can be placed opposite the fingers of the same hand. Opposable thumbs allow the digits to grasp and handle objects, and are characteristic of primates.

The palm has five bones known as metacarpal bones, one to each of the 5 digits. Human hands contain fourteen digital bones, also called phalanges, or phalanx bones: two in the thumb (the thumb has no middle phalanx) and three in each of the four fingers. These are the distal phalanx, carrying the nail, the middle phalanx, and the proximal phalanx. 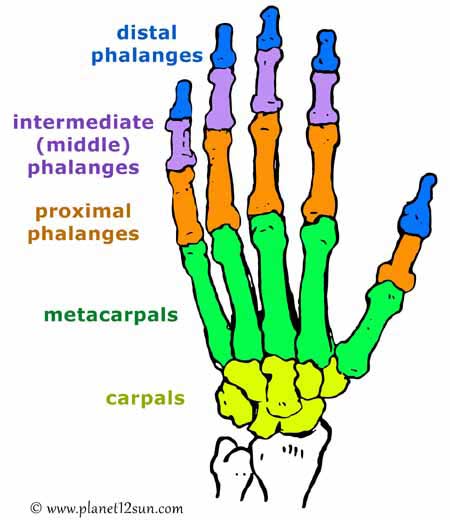 Fingerprints are the tiny ridges, whorls and valley patterns on the tip of each finger. Fingerprints are easily deposited on suitable surfaces such as glass or metal. The recovery of fingerprints from a crime scene is an important method of forensic science. No two people have been found to have the same fingerprints. They are even more unique than DNA, the genetic material in each of our cells. Although identical twins can share the same DNA -- or at least most of it -- they can't have the same fingerprints. A print from the sole of the foot can also leave an impression of friction ridges.

The toe refers to a part of the human foot, with five toes present on each human foot. Each toe consists of three phalanx bones, the proximal, middle, and distal, with the exception of the big toe. The big toe only contains two phalanx bones, the proximal and distal. The phalanx bones of the toe join to the metatarsal bones of the foot at the interphalangeal joints. Outside the hallux bones is skin, and present on all five toes is a toenail. 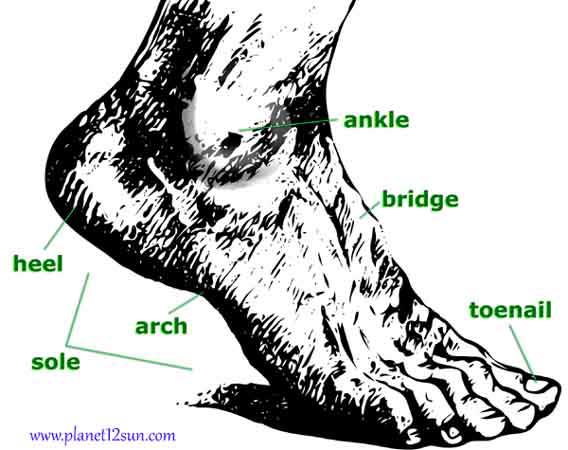 As an Amazon Associate I earn from qualifying purchases.

I get commissions for purchases made through links in this post.