What is a Polygon?
A polygon is a 2-dimensional shape made of straight lines and the shape is "closed" (all the lines connect up). Triangles, rectangles, pentagon, hexagon etc. are all polygons.

Circle
The circle is a round shape with only one side and no corners.
All points on the circle are the same distance from the center. 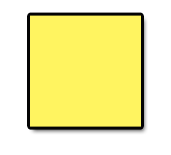 Square
It has 4 right angles (90°) and 4 equal sides.
It is a special type of rectangle.

Rectangle
It has 4 sides and 4 corners.
All the corners are right angles (90°).
Opposite sides are equal and parallel. 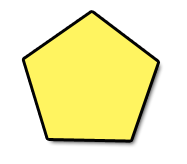 Pentagon
A pentagon is a 5-sided polygon (a flat shape with straight sides).
It has 5 sides and 5 corners. 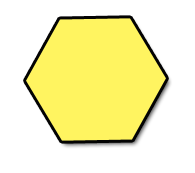 Hexagon
A hexagon is a 6-sided polygon.
It has 6 sides and 6 corners. 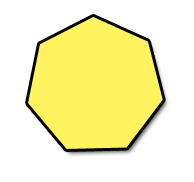 Heptagon
A heptagon is a 7-sided polygon. 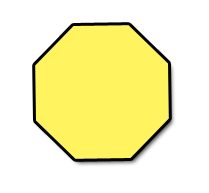 Octagon
An octagon is an 8-sided polygon. 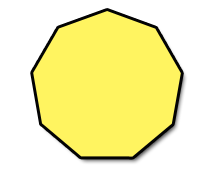 Nonagon
A nonagon is a 9-sided polygon. 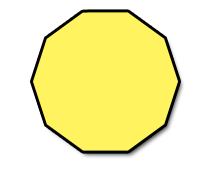 Decagon
A decagon is a 10-sided polygon.

What is a Prism?
A Prism is a three-dimensional shape, which consists of two identical polygons. Each one is called a base. These polygons do not lie in the same axis.
For each side of the polygon, there will be a parallelogram (4-sided shape with opposite sides parallel). All sides are flat- not curved.
examples: cube, rectangular prism, triangular prism 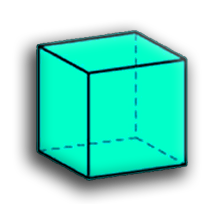 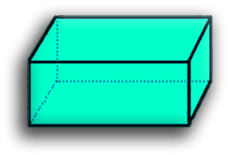 Rectangular Prism (Cuboid)
A cuboid is a box-shaped object.
It has six flat faces and all angles are right angles.
All of its faces are rectangles. 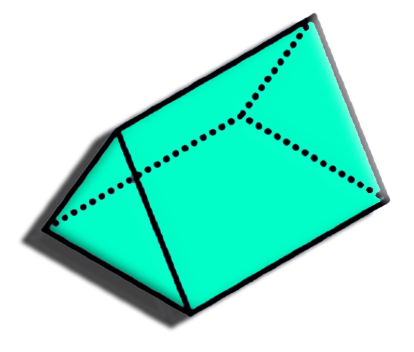 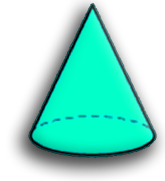 Cone
It has a flat base.
It has one curved side. 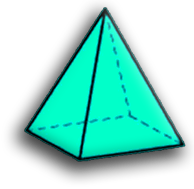 Square Pyramid
It has 5 Faces.
The 4 side faces are triangles.
The base is a square.
It has 5 vertices (corner points).
It has 8 edges. 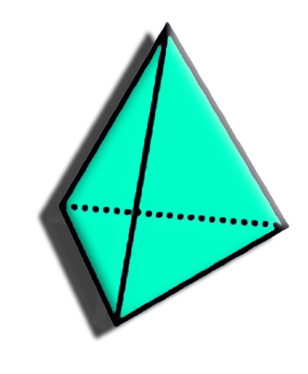 Triangular Pyramid
It has three faces that are triangles and a base that is again a triangle. 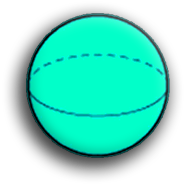 Sphere
It is perfectly symmetrical.
All points on the surface are the same distance from the center.
It has no edges or vertices (corners). 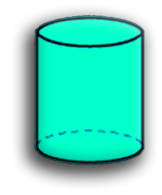 Cylinder
It has a flat base and a flat top.
The base is the same as the top, and also in-between.
It has one curved side. 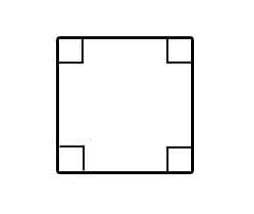 Square
4 right angles and 4 equal sides.
It is also a rectangle and a parallelogram. 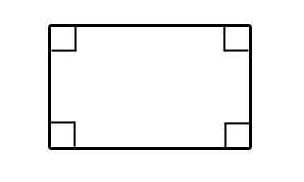 Rectangle
4 right angles and opposite sides equal.
It is also a parallelogram. 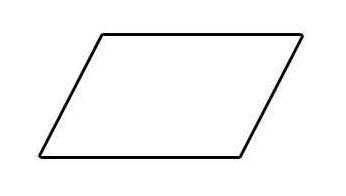 Parallelogram
2 pairs of parallel sides and opposite sides equal. 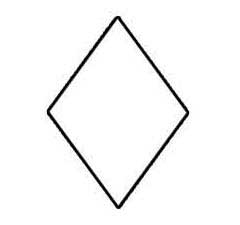 Rhombus
2 pairs of parallel sides, all sides equal.
It is also a parallelogram. 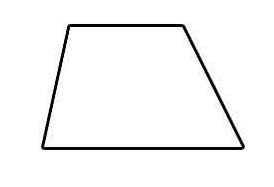 Trapezoid
Only 2 sides are parallel.
It is a type of quadrilateral that is not a parallelogram. 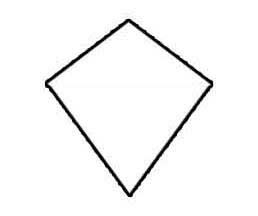 Types of Triangles by Length 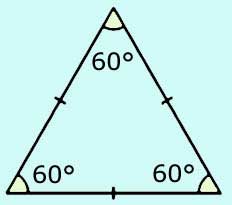 Types of Triangles by Angle 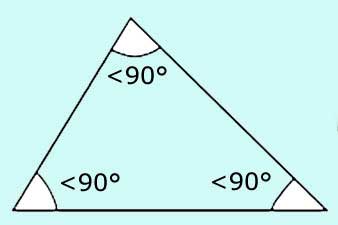 Acute Triangle
All angles are less than 90°. 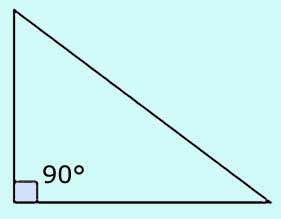 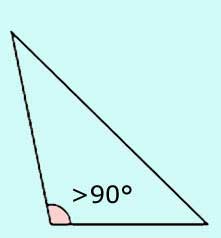 Obtuse Triangle
Has an angle more than 90°.

Perimeter of a Triangle
The perimeter is the distance around the edge of the triangle. Just add up the three sides: p = a + b + c 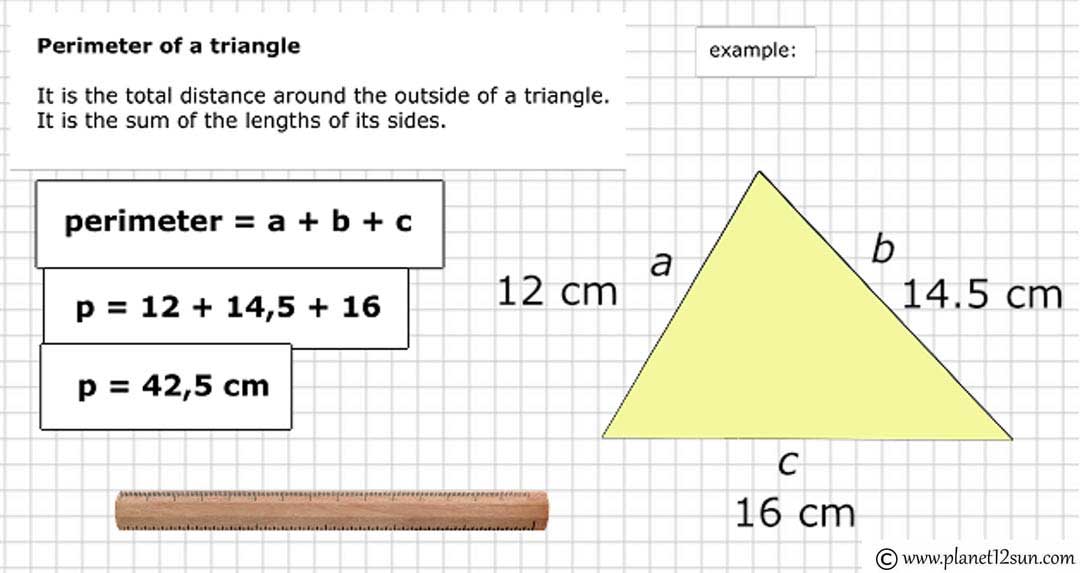 Area of a Triangle
The most common way to find the area of a triangle is to multiply the base and height and to divide the result by two. A = 1/2 bh 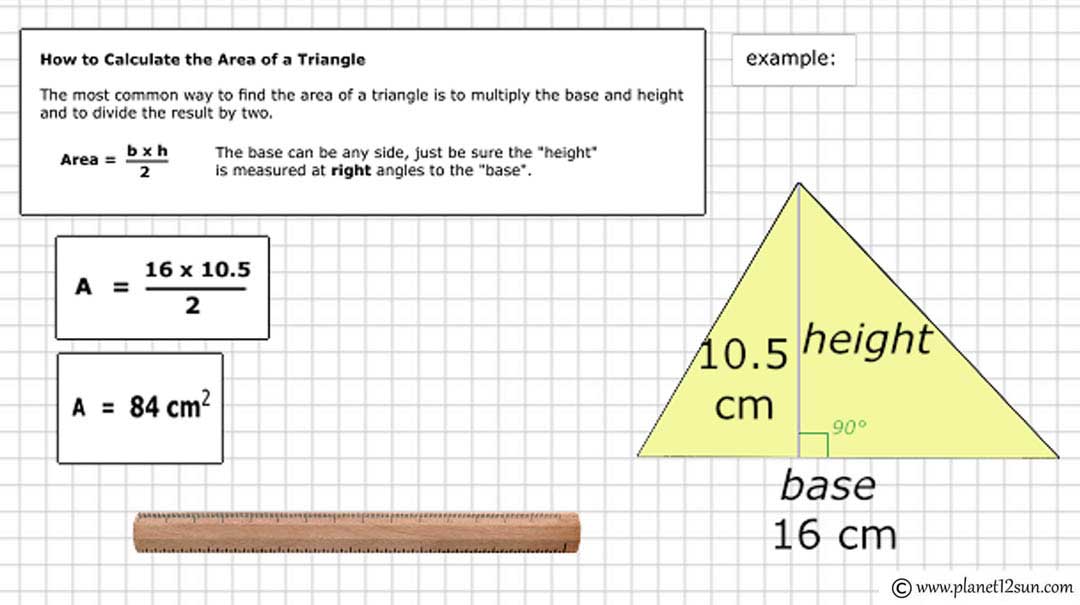