Amelia Earhart was a famous pilot and the first woman to fly across the Atlantic Ocean. After only a few years as a pilot she became one of America’s first celebrities, not only for her daring and determination, but also for her striking looks and outspoken personality. In 1937, three weeks short of her 40th birthday, Earhart mysteriously disappeared while flying over the Pacific Ocean, and her story became legend. 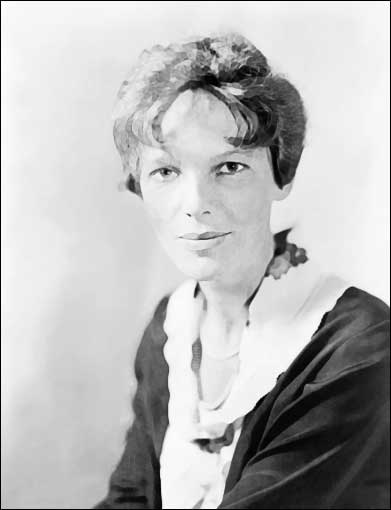 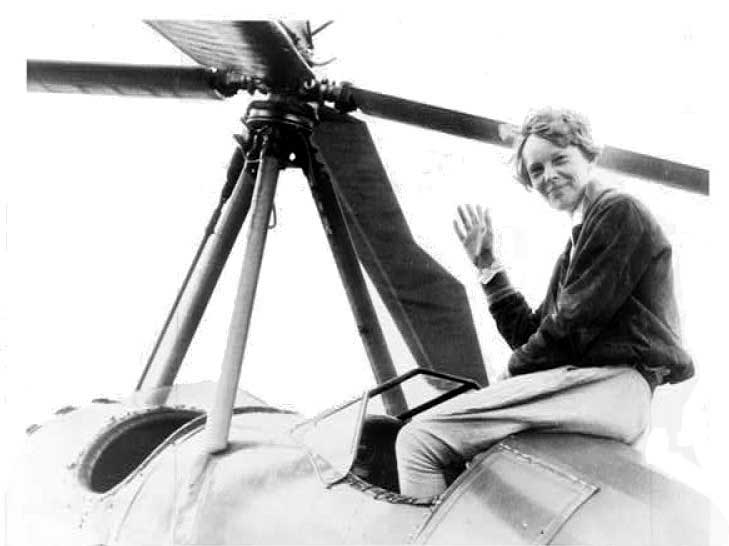 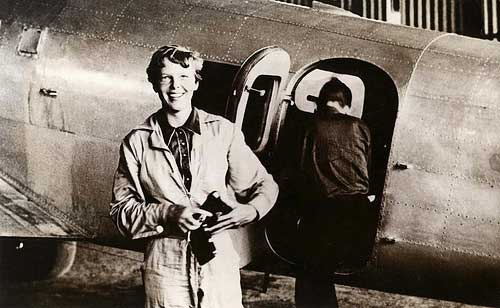 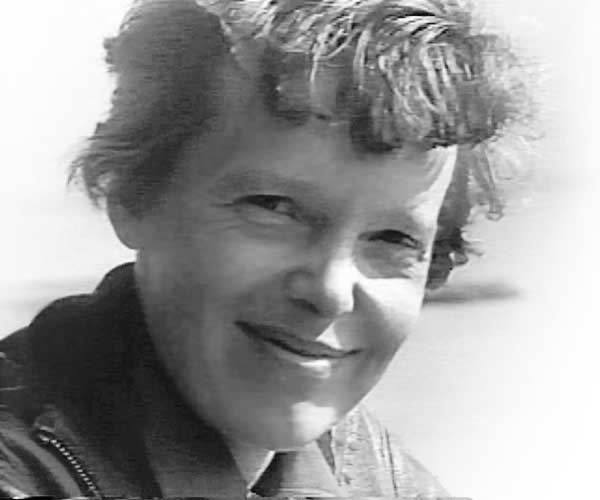 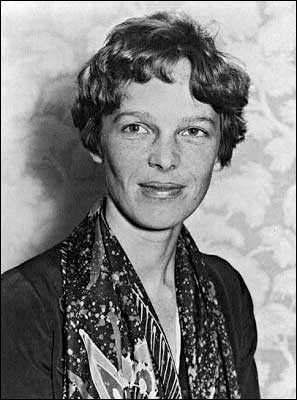 Amelia Earhart was born on July 24, 1897 in Atchison, Kansas. She spent much of her early childhood in the upper-middle class household of her maternal grandparents. Her mother was Amelia Otis and her father was Edwin Earhart- a man who showed much promise as a railroad attorney, but had never been able to break the bonds of alcohol. As a child, Amelia spent long hours playing with her younger sister Muriel. They spent hours climbing trees, hunting rats and riding a sled, which led to some biographers to characterize Amelia Earhart as a tomboy.

The family moved around a lot, and Amelia attended several different schools. At age 19, Amelia attended Ogontz School near Philadelphia, Pennsylvania. Two years later, after visiting her sister, Muriel, in Toronto, Canada, Amelia felt compelled to leave school. Taking a course in Red Cross First Aid, Amelia enlisted as a nurse's aide at Spadina Military Hospital in Toronto, Canada and tended to wounded soldiers during World War I. The following year, Amelia enrolled as a premedical student at Columbia University in New York. Shortly thereafter, Amelia's parents insisted she move to California where they were living.

In Long Beach, California, on December 28, 1920, Earhart and her father visited an airfield where Frank Hawks (who later gained fame as an air racer) gave her a ride that would forever change her life. After that 10-minute flight (that cost her father $10), she immediately became determined to learn to fly.

She took up aviation as a hobby, taking odd jobs like a photographer or a truck driver to pay for her flying lessons. In 1922, with the financial help of her sister and her mother, she purchased her first airplane, a Kinner Airster.

Following her parent's divorce, Amelia moved back east where she was employed as a social worker in Denison House, in Boston, Massachusetts.

When Earhart lived in Massachusetts, she maintained her interest in aviation, becoming a member of the American Aeronautical Society's Boston chapter and was eventually elected its vice president.

In 1928, her life changed dramatically, as she became the first woman to fly as a passenger across the Atlantic Ocean. She was selected by her future husband, the publisher, George Palmer Putnam. They interviewed Earhart and asked her to accompany pilot Wilmer Stultz and copilot/mechanic Louis Gordon on the flight, nominally as a passenger, but with the added duty of keeping the flight log. Amelia agreed and flew from Newfoundland to Wales aboard the trimotor plane Friendship. The team departed Trepassey Harbor, Newfoundland, landing at Burry Port, Wales, United Kingdom, exactly 20 hours and 40 minutes later. Amelia's courage was acclaimed around the world. When they returned to the United States, they were greeted with a parade in New York followed by a reception with President Calvin Coolidge at the White House.

In 1931, Amelia married George Putnam. He was divorced in 1929 and then proposed to Amelia six times before she finally agreed. She continued her aviation career under her maiden name. Amelia and George formed a successful partnership. George organized Amelia's flights and public appearances, and arranged for her to endorse a line of flight luggage and sports clothes. George also published two of her books, "The Fun of It" , and "Last Flight".

In 1932 Amelia and her husband worked secretly on plans to make a solo flight across the Atlantic. She intended to fly to Paris in her single engine Lockheed Vega 5B to emulate Charles Lindbergh's solo flight. After a flight lasting 14 hours, 56 minutes during which she contended with strong northerly winds, icy conditions and mechanical problems, Earhart landed in a pasture at Culmore, north of Derry, Northern Ireland.

As the first woman to fly solo nonstop across the Atlantic, Earhart received the Distinguished Flying Cross from Congress, the Cross of Knight of the Legion of Honor from the French Government and the Gold Medal of the National Geographic Society from President Herbert Hoover.

Amelia made great strides in opening the new field of aviation to women. In 1935, Amelia became the first person to fly from Hawaii to the American mainland. By doing so, Amelia became not only the first person to solo anywhere in the Pacific, but also the first person to solo both the Atlantic and Pacific Oceans. Also in 1935, Amelia joined the faculty of Purdue University as a female career consultant. There weren't many female pilots back then, and her actions inspired other women to follow their dreams. This was especially important because there were few career choices available to women at that time. Amelia Earhart has inspired generations of women to do things that had never been done by women before.

In 1937, she decided that her next trip would be to fly around the world. The original plan was to take off from Oakland, California, and fly west to Hawaii. From there, the group would fly across the Pacific Ocean to Australia. Then they would cross the sub-continent of India, on to Africa, then to Florida, and back to California.

In March, after purchasing a Lockheed Electra L-10E plane, she flew to Hawaii with fellow pilot Paul Mantz to begin this flight. Unfortunately, Earhart lost control of the plane on takeoff, and the plane was severely damaged and had to be sent to the factory for repairs.

In June, she went to Miami to again begin a flight around the world, this time flying west to east and with Fred Noonan as her navigator. No one knows why, but she left behind important communication and navigation instruments. Perhaps it was to make room for additional fuel for the long flight. The pair made it to New Guinea in 21 days, even though Earhart was tired and ill. During the next leg of the trip, they departed New Guinea for Howland Island, a tiny island in the middle of the Pacific Ocean.

They never made it to the island and disappeared over the Pacific Ocean on June 2, 1937. Within hours, rescue workers began scouring the area for signs of the famed aviator and her navigator, Fred Noonan. The U.S. Navy and Coast Guard launched the largest and most expensive air and sea search in American history. When their efforts failed, Earhart’s husband of six years, George Putnam, financed his own search but came up equally empty-handed. Earhart was legally declared dead in 1939.

To this day, their fate is the subject of unending speculation. Some theorized the pair ran out of fuel and had to ditch in the Pacific. Others thought they may have crash landed on another small island. Some speculated they were captured by the Japanese.

Countless tributes and memorials have been made in Amelia Earhart's name. Her life and career have been celebrated for the past several decades on "Amelia Earhart Day," which is held annually on July 24 - her birthday. Earhart's accomplishments in aviation inspired a generation of female aviators, including the more than 1,000 women pilots of the Women Airforce Service Pilots (WASP) who served as transport pilots during World War II.