Click here for a free game: States and Capitals.

On July 4, 1776, the Declaration of Independence was issued, establishing the United States of America.

Washington, D.C. is not a city or state. It is a unique "federal district", created specifically to be the seat of government.

The US is the 4th largest country in the world by land area and 3rd by population.

Major Mountain Ranges: Rocky Mountains, Appalachian Mountains. The lowest point in the country is in Death Valley which is at -282 feet (-86 meters) and the highest peak is Denali (Mt. McKinley) at 20,320 feet (6,198 meters).

Flag: The 50 stars on the flag represent the 50 states of the United States of America, and the 13 stripes represent the thirteen British colonies that declared independence from the Kingdom of Great Britain. 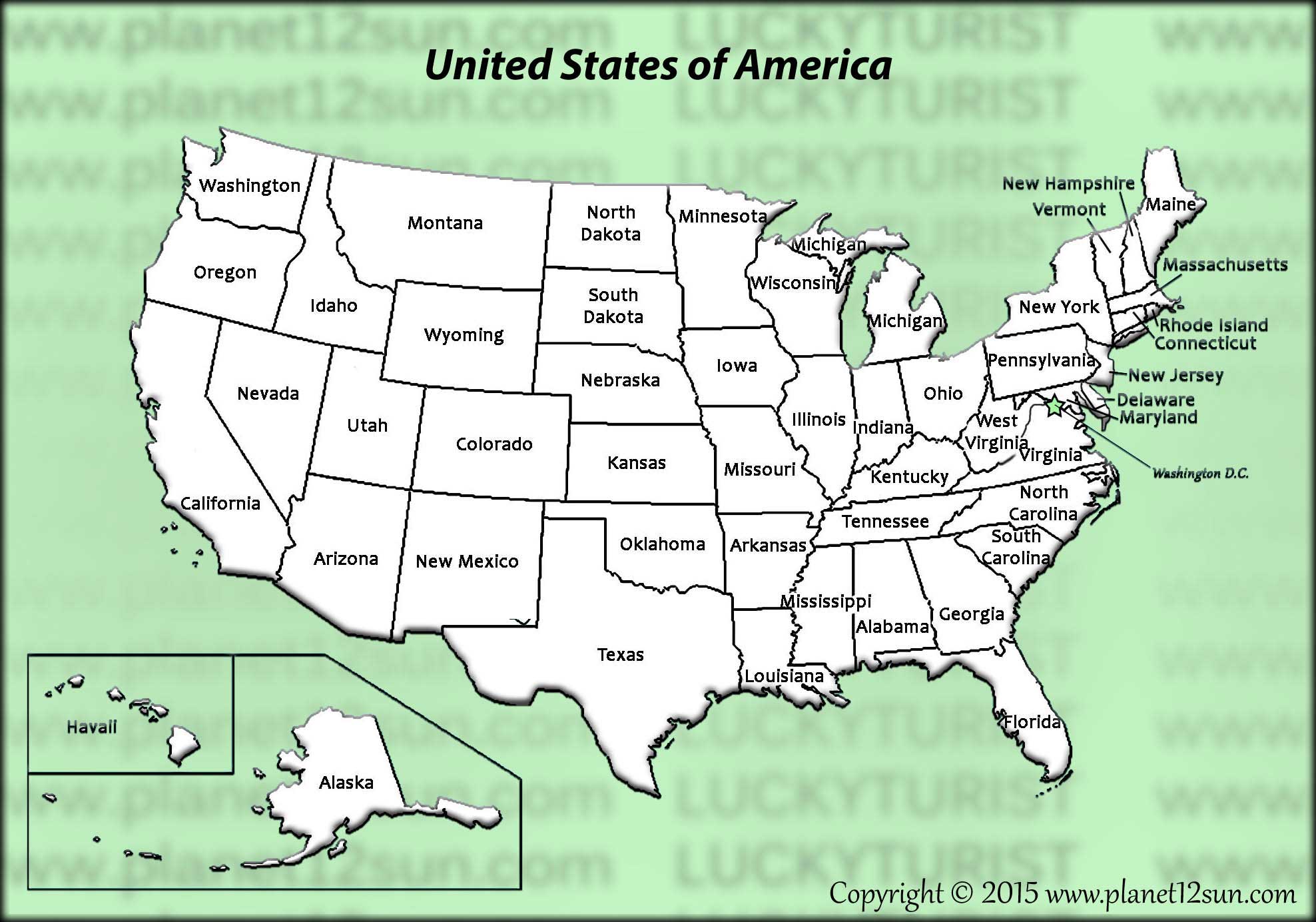 
TERRITORIES OF THE UNITED STATES

In addition to the 50 states and federal district, the United States has control over 14 territories. Five of them (American Samoa, Guam, the Northern Mariana Islands, Puerto Rico, and the U.S. Virgin Islands) have a permanent, nonmilitary population, while nine of them (the United States Minor Outlying Islands) do not. With the exception of Navassa Island, Puerto Rico, and the U.S. Virgin Islands, which are located in the Caribbean, all territories are located in the Pacific Ocean.