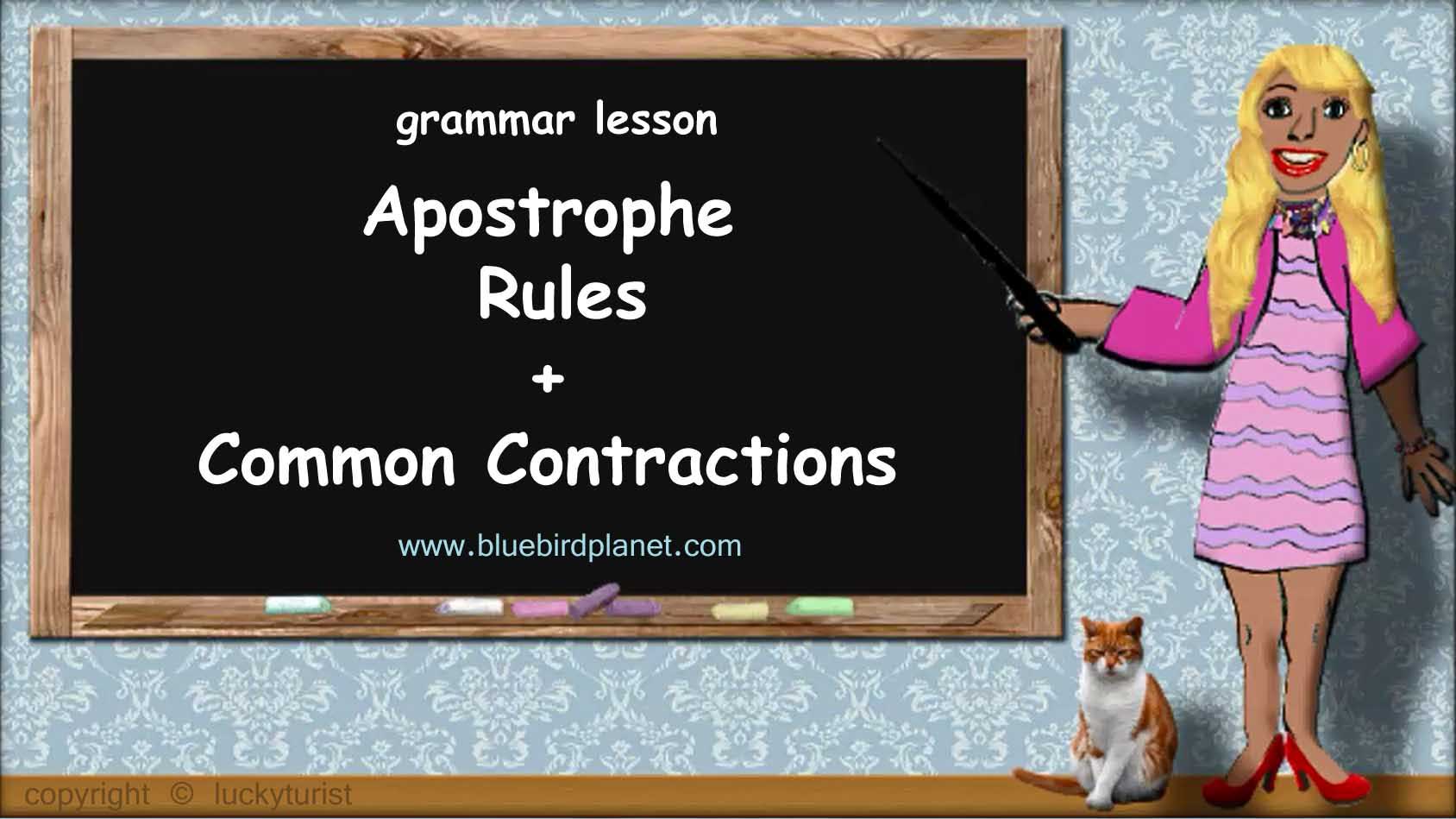 Apostrophes in English serve two basic functions; they show possession, and they indicate that letters have been removed from the original words in the process of forming a contraction.

When the possessor is single:
Use an apostrophe + s ('s) to show that one person/thing owns or is a member of something.

It makes no difference whether the item owned is singular or plural. We use "Maria's" to say that the ballet class (singular) is hers and that the cats (plural) are hers. Even if the name ends in "s", it is still correct to add an apostrophe + s ('s) to create the possessive form. It is also acceptable to add only an apostrophe to the end of singular nouns that end in "s" to make them possessive. In this case, that means " James’ " would have the same meaning as " James’s ".

When the possessors are plural:
Use an apostrophe after the "s" at the end of a plural noun to show possession.

It is not necessary to add another "s" to the end of a plural noun.

Remember, a possessive noun needs an apostrophe and an "s" at the end. If there’s already an "s" there, you can just add the apostrophe. If there's no "s", you have to add both - first the apostrophe, and then the "s".

To show possession, add an apostrophe.

Compound Noun
With a singular compound noun (for example, mother-in-law), show possession with an apostrophe + s at the end of the word.

If the compound noun (e.g., brother-in-law) is to be made plural, form the plural first (brothers-in-law), and then use the apostrophe + s.

Plural Possessors- Joint or Separate Possession
If two people possess the same item, put the apostrophe + s after the second name only.

However, if one of the joint owners is written as a pronoun, use the possessive form for both.

examples: Monica's and my home, his and Monica's home

In cases of separate rather than joint possession, use the possessive form for both.

examples: Jack's and Monica's homes are both beautiful.
They don't own the homes jointly.

Jack and Monica's homes are both beautiful.
The homes belong to both of them.

When you combine two words to make a contraction, you will always take out some letters. In their place, use an apostrophe. The one exception to this rule is the contraction "won’t", which is "will + not."