What is a fraction?

A fraction represents part of a whole. When something is broken up into a number of parts, the fraction shows how many of those parts you have.

Look at the pictures to see how the whole of a circle, rectangle and even liquid can be broken up into different fractions. 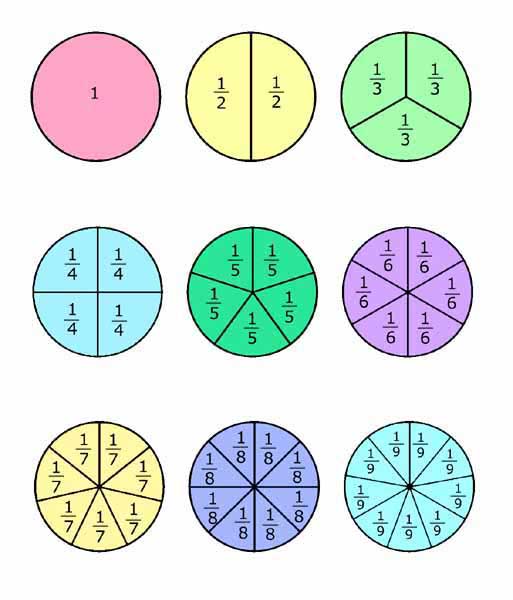 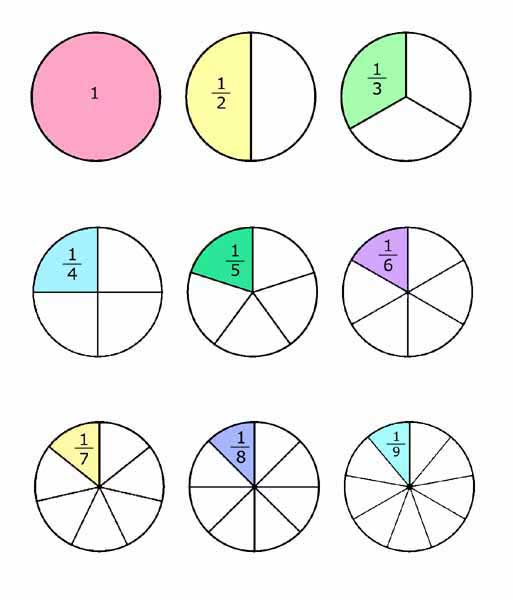 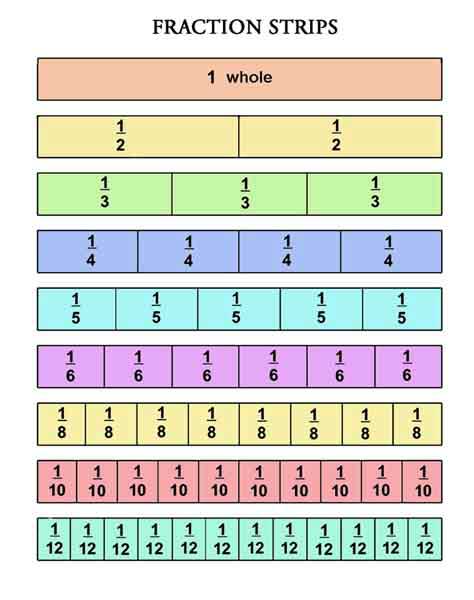 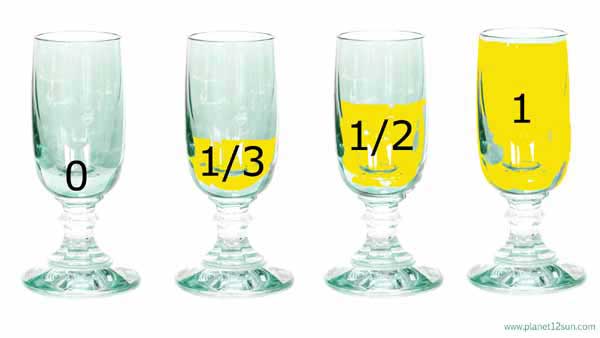 How to Read Fractions or Write them in Words

When reading fractions it is customary in English to pronounce the denominator using the corresponding ordinal number in plural if the numerator is not one, as in "fifths" for fractions with a 5 in the denominator. Thus, 3/5 is rendered as three fifths.

The exception to this is when the denominator equals two. For example, consider the fraction 1/2. You would never write this as "." Instead, you would write "one-half."

You can write a denominator of "four" in two different ways: as fourths or as quarters. For example, you could express 3/4 correctly as either "three-fourths" or as "three-quarters." 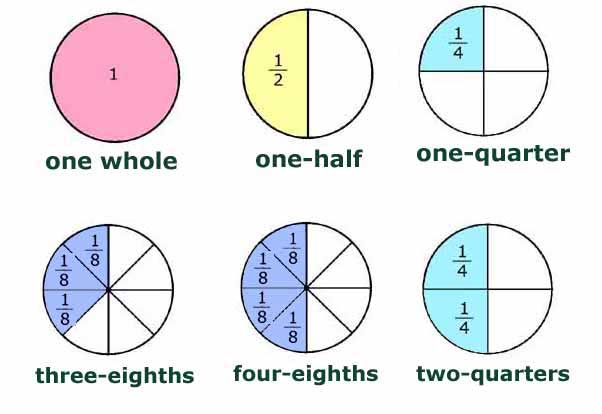 Sometimes fractions may look different and have different numbers, but they are equivalent or have the same value.
One of the simplest examples of equivalent fractions is the number 1. If the numerator and the denominator are the same, then the fraction has the same equivalent value as 1.

To convert an improper fraction to a mixed fraction, follow these steps:

If there is no remainder, then the result is a whole number.

Simplifying (or reducing) fractions means to make the fraction as simple as possible. Try to evenly divide (only whole number answers) both the top and bottom of the fraction by GCF, or any number, for example 10, 9, 8, 7, 6 ... etc, until you can't go any further.

(The Greatest Common Factor GCF of some numbers, is the largest positive integer that divides the numbers without a remainder. Like, the GCF of 10,15, and 25 is 5.)

1. Turn the second fraction (the one you want to divide by) upside down (this is now a reciprocal).
2. Multiply the first fraction by that reciprocal.
3. Simplify the fraction if needed.

1. Find a common denominator. (The bottom numbers have to be the same.)
2. Make equivalent fractions with the new denominator.
3. Add the top numbers (numerators) and put the answer over the same denominator.
4. Simplify the fraction if needed.

1. Find a common denominator. (The bottom numbers have to be the same.)
2. Make equivalent fractions with the new denominator.
3. Subtract the top numbers (numerators) and put the answer over the same denominator.
4. Simplify the fraction if needed. 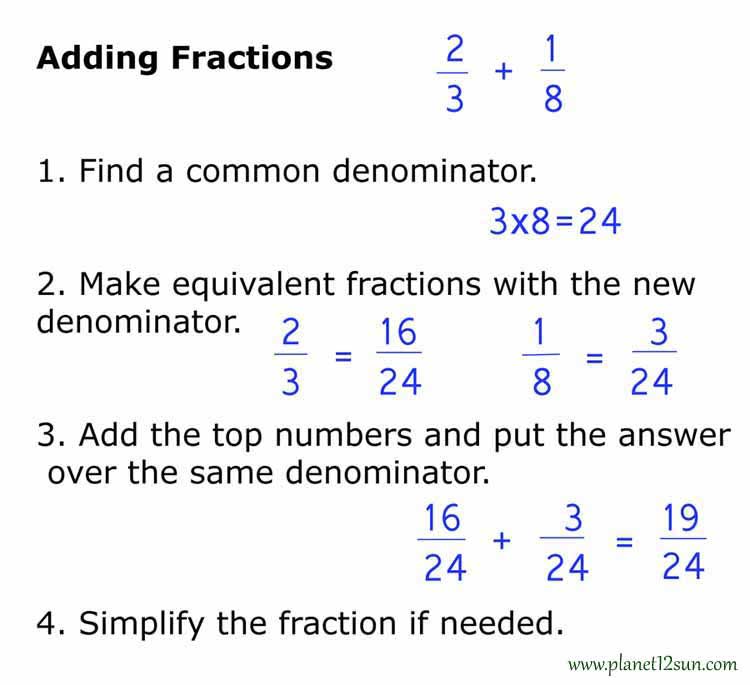 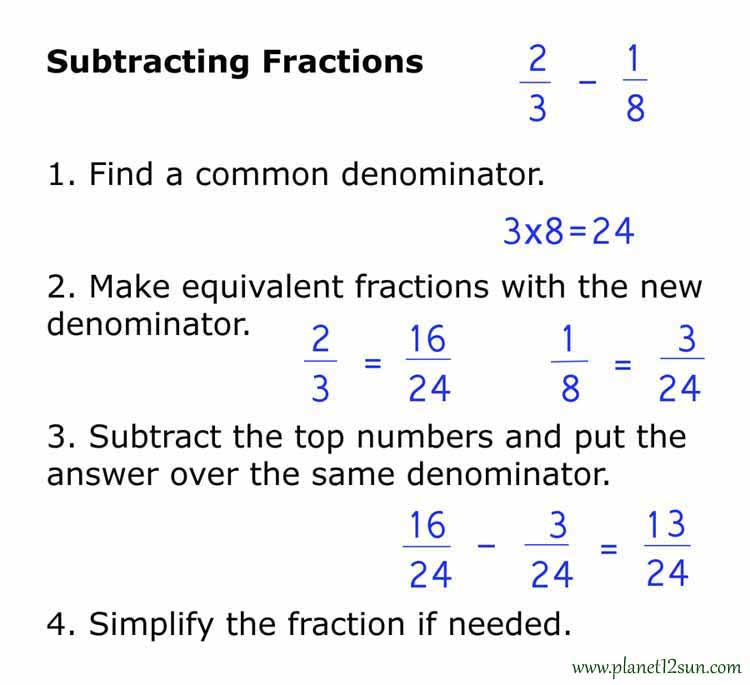