What Is a Rainbow?

Rainbows are an arc or circle that exhibits the colors of the spectrum in concentric bands. It is formed by the reflection, refraction and dispersion of the sun's rays in raindrops, spray, or mist. It is a meteorological phenomenon that can be observed whenever there are water drops in the air and sunlight shining from behind the observer at a low altitude angle. Because of this, rainbows are usually seen in the western sky during the morning and in the eastern sky during the early evening.

What Are the Colors in the Rainbow?

Water in the air acts as a prism, splitting sunlight into its component colors and reflecting those colors back to the viewer. A rainbow is composed of the entire spectrum of colors of visible light, from the longest wavelength, red, to the shortest wavelength, violet. Red is at the top edge of the rainbow and violet is at the bottom edge, with the other colors in between. The colors always appear in the same order. 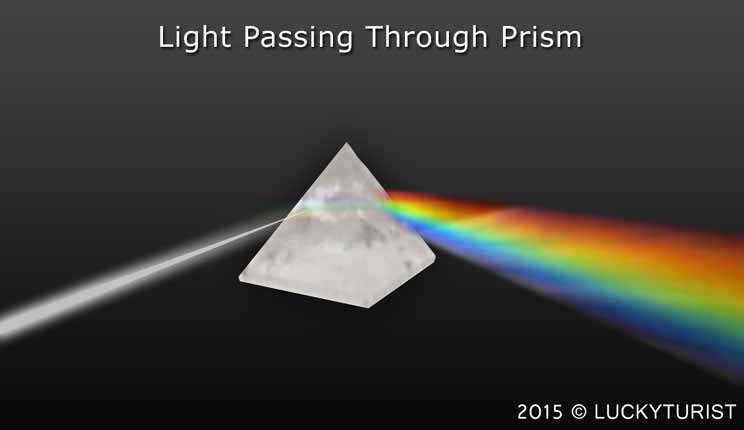 How to Remember the Colors of the Rainbow

Can you touch a rainbow?

No. A rainbow is simply a reflection of light and not a physical thing. It is not located at a specific distance from the observer, but comes from an optical illusion caused by any water droplets viewed from a certain angle relative to a light source. Thus, a rainbow is not an object and cannot be physically approached. It is impossible for an observer to see a rainbow from water droplets at any angle other than the customary one of 42 degrees from the direction opposite the light source. Even if an observer sees another observer who seems "under" or "at the end of" a rainbow, the second observer will see a different rainbow—farther off—at the same angle as seen by the first observer.